Facebook
Twitter
Pinterest
ReddIt
Email
In January 2016 at thirty years old, Marcie was diagnosed with invasive ductal carcinoma (breast cancer). Thankfully, the tumors were caught early but since they were of the most aggressive grade of cells, Marcie underwent a bilateral mastectomy in early February. Last weekend, she ran the Monument Avenue 10K in triumph. We are beyond honored to share her story here.

As a mom, I sometimes feel like a walking CDC pamphlet. I know the average incubation period and symptoms of every communicable disease my kids come into contact with. From hand-foot-and-mouth disease and norovirus to influenza A, I’m prepared with knowledge for all of the typical viruses. Like most moms of young kids, however, I find it easy to ignore my own health and anything that isn’t contagious—like cancer.

My misinformation convinced me that breast cancer only happens to women over 40 or to those with a family history. Neither apply to me. I’m young. I live a healthy lifestyle with no smoking or heavy drinking. Heck, I don’t even eat artificial sugar. I breastfed my two babies for almost four consecutive years. I’m not at risk for breast cancer.

So when I reached to scratch my collarbone on Christmas Eve last year and my hand brushed by a lump, I didn’t think much of it.

After all, I was still nursing my daughter, and that comes with lots of random lumps and bumps. I decided I’d follow up with my OB/GYN just in case, and that was the first of a series of just in cases that saved my life. 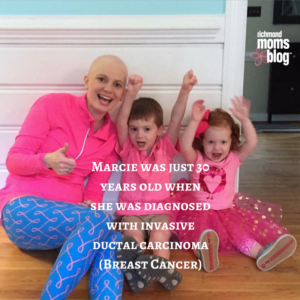 When I saw my OB/GYN, she immediately said it was a benign cyst or fibroadenoma. Neither are a big deal, but she suggested I have them imaged so we would know for future reference. In imaging, both the technician and radiology doctor confidently deemed it a fibroadenoma. After all, I was thirty with no family history. They suggested we biopsy it just to make sure. The doctor who did the biopsy a few days later found a second mass nearby. She suggested we biopsy that one as well but added that fibroadenomas frequently occur in multiples.

After all that, I was poked, prodded, and sore, but I wasn’t concerned. Four experienced medical professionals enthusiastically evaluated it as benign.

A few days later, I got the call.

I didn’t panic. I didn’t even have that initial gut-wrenching feeling you get sometimes. I called my husband, and we made a plan. We decided that we weren’t going to wallow in this.

While this is not what we would have chosen, it was what we were dealt. This was the day God had made for us, and we were determined to rejoice and find joy all along our journey.

I called imaging centers, insurance, doctors’ offices, and I got everything scheduled for the week. By Friday, I had met with all my doctors and formed a tentative plan. Within three weeks, I was in surgery for a complete bilateral mastectomy which was followed by three months of chemotherapy and then breast reconstruction.

The hardest part was knowing it was going to affect my kids. 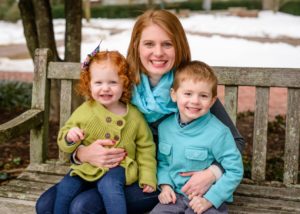 2016 was a hard year. It brought me to my knees both physically and spiritually. But the hardest part wasn’t the surgeries or the chemo side effects. The hardest part was knowing it was going to affect my kids who were almost 2 and barely 4.

The first time it hit me was at preschool drop-off that first week before we knew anything or had shared with friends. I was rushing to get to an MRI, and I forgot my son’s show and tell: a trumpet mouthpiece he had been practicing to show his class. I lost it right there in the middle of preschool as I realized that the coming months were going to be different, and they wouldn’t understand why.

I didn’t have the energy to play with them or build forts in the afternoons. I couldn’t lift them or catch my daughter when she decided to jump off things a little too high. I couldn’t snuggle them when they were sick because of my compromised immune system. I knew all this would return in time, but they didn’t understand.

That is when my community came rushing in to help.

Biweekly care packages arrived from friends afar. Meals were sent that fed my family for months. Extra time and care were given when the kids were at preschool. And a village of prayer warriors prayed for us every day. They all cared for my family when I could not. I stayed in touch with extended family and friend through a caring bridge.

We have since moved out of the valley of hospitals, procedures, and treatments, and we’re now in the land of uncertainty. There’s nothing to do but wait to see if the cancer comes back. There is a 1 in 9 chance that it will come back in the next ten years as metastatic breast cancer, which is incurable…a 1 in 9 chance that it will be back before my kids are even in high school. That fact knocks the wind out of me.

Looking toward the unknown feels like staring into a dark, cold crevasse that steals the light, warmth, and joy from today. When I fixate on the what-ifs, I miss appreciating the magic: the laughter of an afternoon playing outside, nap time snuggles, and evenings with my husband. These things are life.

To worry about the unknown of tomorrow is to miss out on life that is happening today. So, instead, I rejoice.

I challenged myself to run my first race, the Monument Avenue 10K, last weekend.  A year prior, I was in the throes of chemo and couldn’t walk more than a couple hundred feet.  This year, I ran every step of 6.2 miles.  As I crossed the finish line, the emotions of the last year poured over me, but mostly gratitude and joy. 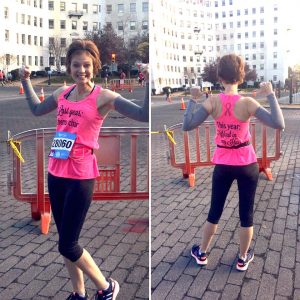 Cancer has given me a lot:

So, moms of little ones, add some self-care to your days. Whether it be asking questions, following up on something, or just taking an afternoon for yourself, you deserve it. Hopefully it will cultivate joy in your everyday. And who knows—it just might save your life. 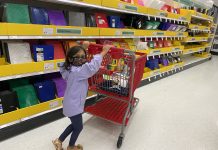 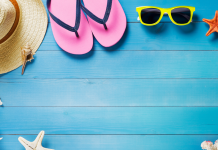 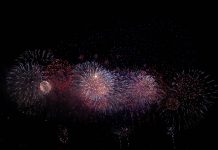